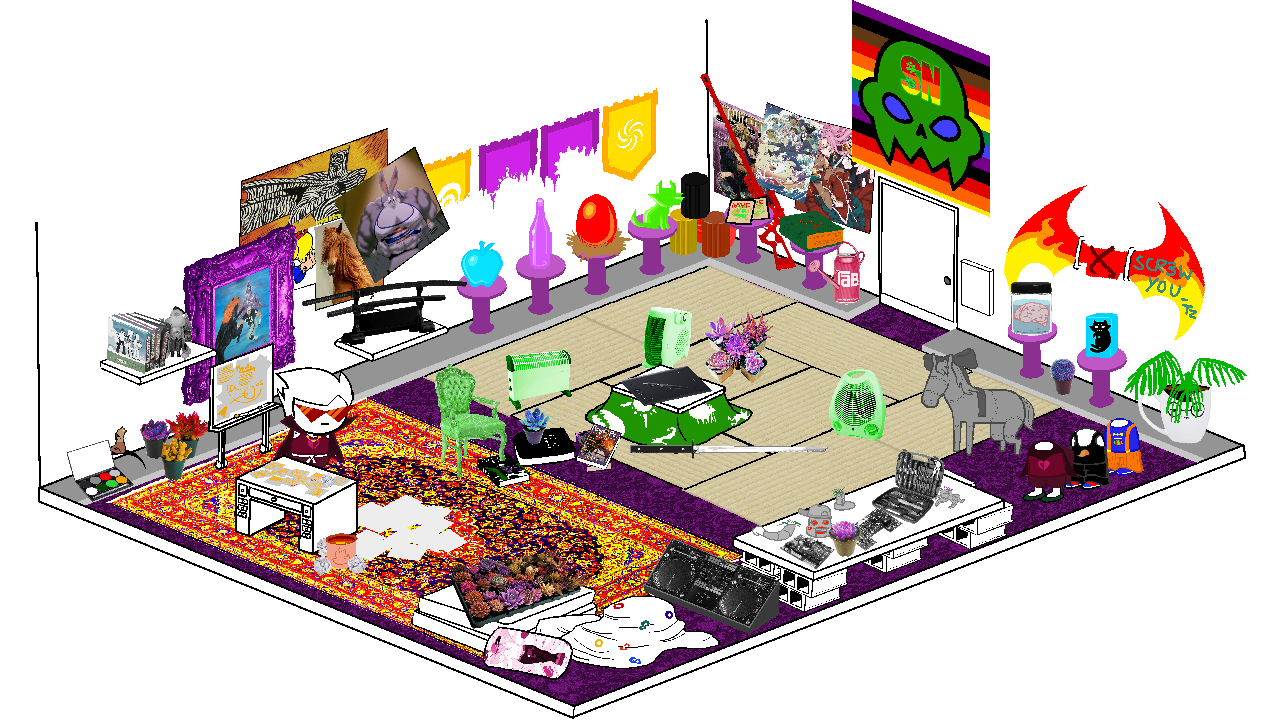 See? That wasn't difficult. Seriously, what's wrong with you people.

This is my PRIVATE STUDY on board the THESEUS, a LIGHTSPEED CAPABLE VESSEL built for tearing around the cosmos like there's no tomorrow. This is where I keep all of my PRIZED ARTIFACTS, CANONICAL KEEPSAKES, and other assorted OBJECTS OF HISTORICAL AND/OR ARTISTIC PERTINENCE. Some of these items were really hard to come by, requiring very creative use of my full faculty as an ascended Heart player. The rest was just stolen from my friends' houses when they weren't looking. It's nothing they'll miss, though. I also keep my FLORA OF THE SUCCULENT PERSUASION in here, so's I can keep an eye on them. Make sure nobody's eating any. It's happened before.

This is where I come when I want to sit and think about important plot details, which is pretty much any time I'm not training or laying down mad enfilades of philosophical shit with Rose. It's important to have things around to remind me of where we came from.

"History, despite its wrenching pain, cannot be unlived, but if faced with courage, need not be lived again." -Maya Angelou

The ship itself is being BORROWED IN PERPETUITY and has served as our home for the past three years. It wasn't originally called Theseus, or anything else for that matter. The prior owner didn't think that kind of thing was worth the effort. But I know better.

Speaking of names, I've been workshopping potential designations for the new planet, which we're apparently gonna crack this ship against like a bottle of champagne on the prow of a virgin steamer. I still need to talk it over with Rose, though.