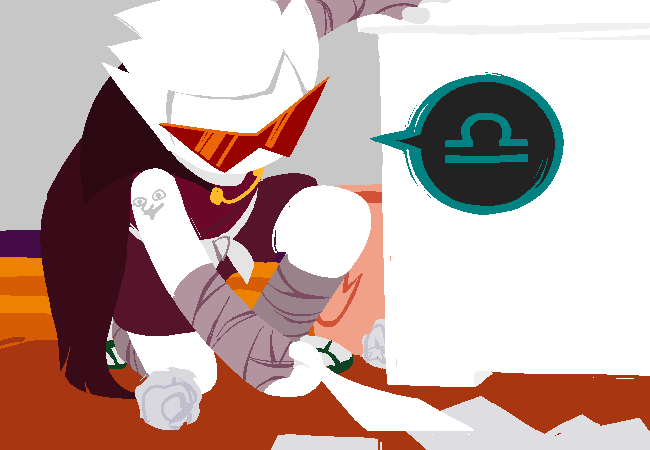 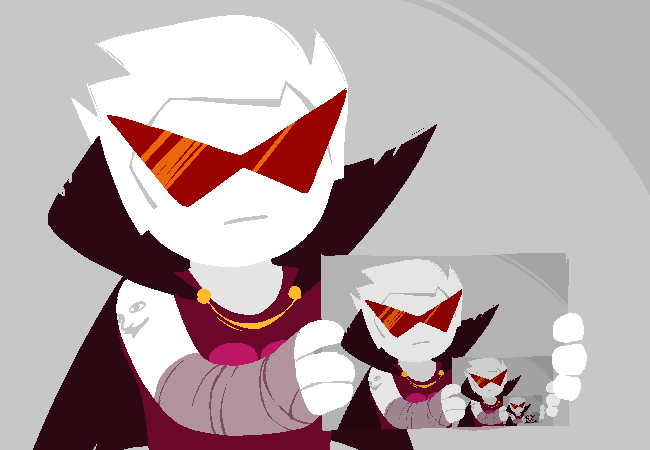 DIRK: This is a panel.

DIRK: Can you tell what it's depicting?

DIRK: That's alright. This actually helps me illustrate my point.

DIRK: The panel is a drawing of me showing the panel to you.

DIRK: Now, what did I do there?

DIRK: Yeah. But in the panel, I'm still just standing there holding it up.

DIRK: In order to communicate what I did to anyone watching, you'd need another panel to show the result.

DIRK: Or I suppose they could listen in on the conversation we're having right now, and infer that I dropped it from what we're saying. That would also work.

DIRK: In that case, the words provide the information that the picture would have done, without me having to pull a whole new panel out my ass just so that someone could confirm that yes, I did in fact drop the panel on the floor.

DIRK: So finding the right combination of words and pictures to communicate an idea efficiently is where the artistry lies.

DIRK: And sometimes that means dispensing with one or the other entirely when appropriate.